HasbarApp is an initiative of Hatzad Hasheni, an educational group founded in 2010 during the period of the Presidency of CLAM (Maccabi world Union representative in Latin America) held by Robert Croitorescu in collaboration with leading institutions in the Hispanic world.

Our goal is to position Israel as a peace-loving state, a state that promotes the progress of humanity and that is unfairly defamed because of the misinformation promoted by anti-Semitic countries and individuals with the collaboration of some media. We aim to better prepare those of us who love Israel to make a just defense.

Currently, the program works in 18 countries, in 26 communities, in front of thousands of Spanish and Portuguese speaking people. 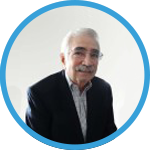 Roby Croitorescu – Holocaust survivor, father of a son and two daughters and grandfather of 9 grandchildren. An optometrist by profession, he was president of Hebraica-Caracas de Venezuela, of the Unión Israelita de Caracas (Ashkenazi Community) and of Vaad Hakehilot. From his current (eliminar)position as President of CLAM-Confederación Latinoamericana Macabi and as an active member of CAIV (Confederación de Asociaciones Israelita de Venezuela) he conceived and realized the dream of forming the first organization specialized in the proactive defense of Israel in the Spanish-Portuguese world (Public Diplomacy). Hatzad Hasheni (2010) is an instrument against the delegitimization of the State of Israel, initiated for years by radical Islamist groups in association with the extreme lefin the world. “My family, my contribution to the progress of my country from my work… and the conviction that I have energetically pushed for what my people needed… is my way of being worthy of being.” 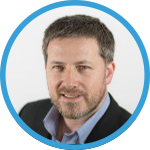 Gabriel Ben Tasgal – Gabriel Ben Tasgal – Director of Hatzad Hasheni (The Face of Truth) since its founding in 2010. A professional journalist, educator and renowned speaker, he is trained in Political Science, International Relations, Advertising and Public Relations. Married and father of Galit and Eitan, he has lived in Israel since 1989. “The Manichean and obsessive attack on Israel damages Jewish identity among the world’s communities and legitimizes those who seek to eliminate the world’s only Jewish state. The Jewish people have more admirers and friends than we usually assume. The public diplomacy that we propose (ELIMINAR from CLAM) is an act of moral dignity and an educational work in which we must get involved”. 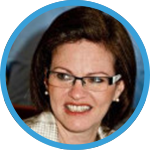 Anabella Glijenschi de Jaroslavsky – Anabella Glijenschi de Jaroslavsky – Venezuelan, married to Oscar Jaroslavsky and mother of two daughters. Administrative and logistics Director of Hatzad Hasheni. She served as Executive Director of the Hebraica Community Center of the Jewish community of Caracas, a position she had from 1993 until 2018. She was also Director of CLAM (Confederación Latinoamericana Macabi) from December 2008 until December 2015.  From 2018 she is living in Israel. Trained as a lawyer, she has received important international awards for her outstanding professional career: Max Fischer Prize for Jewish Education in the Diaspora or the Benek Jellinowsky award for the best professional achievement of the Jewish Community in Venezuela. “The task of Hasbarah is today not only an obligation for every Jewish leader, it is also a powerful resource to bind us to our identity, through the acquisition of the necessary knowledge to activate us and build networks that contribute to bring us closer together in a common force that is increasingly powerful and capable of achieving the necessary synergy to bring about change and influence the world’s opinion about Israel”. 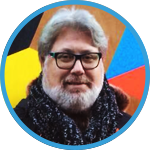 Oscar Jaroslavsky. Oscar Jaroslavsky. Born in 1958 in Recife, Brazil. Doctor in medicine graduated in Pernambuco, Brazil and postgraduate in hematologic therapy and clinical pathology in Sao Paulo, Brazil. He moved to Venezuela in 1985, working as an entrepreneur. For more than 18 years, he is the owner of Incentive Consulting Incentive Group, an incentive and marketing company, working with large scale companies in Venezuela, Panama, Brazil, Costa Rica and Colombia, building customized incentive and motivation campaigns for more than 150,000 employees and creating new ideas to increase productivity. He works for the Venezuelan Jewish community as a member of the Executive Committee of the Centro Social Cultural y Deportivo Hebraica and was Secretary General of the Latin American Maccabi Confederation, the Latin American executing arm of the World Maccabi Union and Honor Secretary of Maccabi World Union. 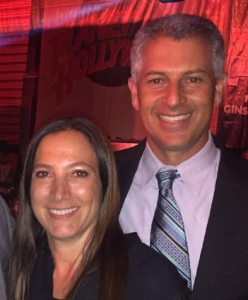 This page has been developed thanks to the contribution, love and vision of:

Rebeca and Abraham Edid (San Diego – Mexico) – “We are Mexican Jews living in the United States with our three daughters. We understand the importance of supporting projects like Hasbarapp because day by day anti-Semitism is growing by leaps and bounds around the world and it is of utmost importance to understand the facts in order to educate the new generations.  We have a great love for Israel and faith in a better world.” Thank you, friends! 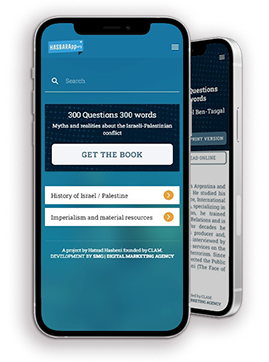